Group emissions reduced by 51% during the last 6 years. 51.6% of electricity used by Group plants in 2016 came from renewable sources. Strong emphasis on employee training, with 53,228 hours of courses in 2016. Real commitment to a sustainable supply chain. 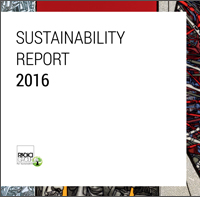 Sustainability Report 2016
The RadiciGroup 2016 Sustainability Report has been officially released. The document – available in Italian and English – reports on the objectives and goals achieved by the Group in the field of economic, environmental and social sustainability, sets new challenges for the organization and communicates its performance to all stakeholders in a transparent way.
The 2016 edition is the Group’s 13th annual Sustainability Report, which, as in the prior year, has been drawn up according to the guidelines of the Global Reporting Initiative – version 4  (GRI G4 Core). For the 6th year in a row, the Report has received external assurance by Certiquality, an accredited certification body.
In all, 21 RadiciGroup production companies, in addition to the parent company, supplied information and data for the 25 quantitative and qualitative performance indicators covered in the Sustainability Report. Over 70 people were involved in the preparation of the document.
“I am really proud of our Sustainability Report,” said Angelo Radici, president of RadiciGroup. “It represents a kind of Group ‘identity card’ with an annual renewal date, which we see not only as certification of our history as a company committed to social responsibility – a trait that has defined us since our very beginning –, but also as motivation for new initiatives that will, year after year, reinforce our commitment to the social and economic development of the communities we are honoured to be a part of, operating at all times with due respect for the environment.” 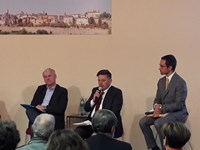 Despite the fact that the margins for improvement are getting slimmer as a result of the extensive work done by the Group during previous years, all environmental performance indicators in 2016 turned out positive. For instance, 51.6% of the electrical energy used by RadiciGroup in 2016 came from renewable energy sources. This achievement was the result of a deliberate choice made by the company to shift increasingly more towards energy sources with lower environmental impact. During the past 6 years, this corporate policy led to an increase in the percentage of electricity from renewable energy sources, which went from 40.8% in 2011 to 51.6% in 2016.
In the same 6-year period, the Group also reduced its total consumption of energy from fossil sources per unit of product processed by 17.5% (from 7.6 GJ/t in 2011 to 6.3 GJ/t in 2016). Finally, thanks to an improved energy mix and a corporate strategy more heavily geared towards the use of Best Available Techniques, the emissions by Group companies during the last 6 years dropped from 1.00 tCO2eq/t (2011) down to 0.49 tCO2eq/t (2016), a 51% reduction.
Additionally, air emissions have consistently improved, with a 68% drop in pollutants, mostly due to the implementation of the latest generation abatement technologies, which have greatly contributed to the Group’s improvement in overall environmental performance.

“Our Group has the capability to create wealth for all its stakeholders, but, at the same time, we are committed to reducing the amount of resources needed to generate it, “ stressed Maurizio Radici, vice president of RadiciGroup. “Such a goal is attained through our experience, the tireless efforts of every single employee, and, of course, ongoing investment to improve plant technology. We’re aiming at environmental sustainability combined with economic sustainability. This strategy of resource optimization, plant efficiency improvement and energy consumption reduction provides the Group with the conditions for continuous growth.”